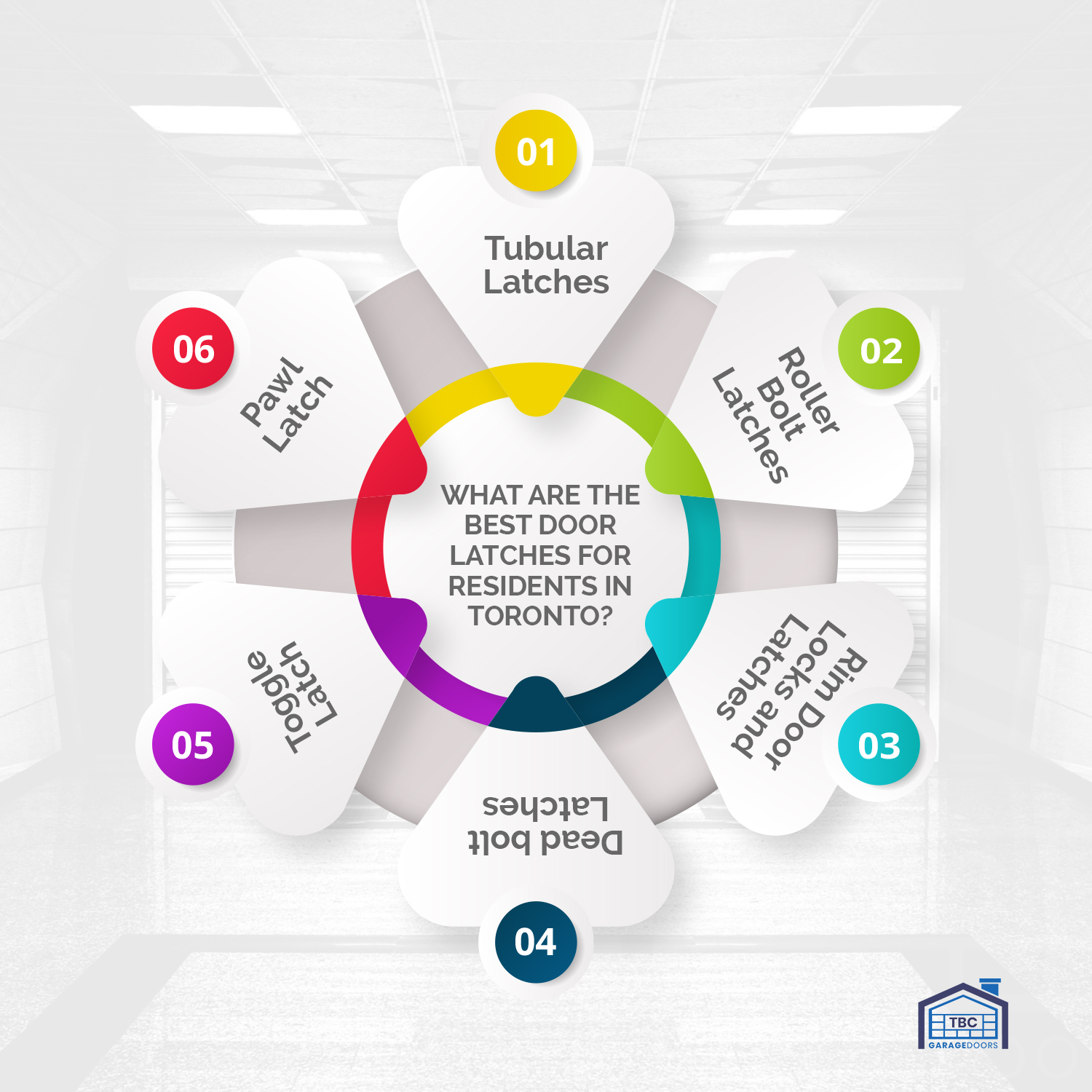 The best door Latches are highly effective in helping Toronto residents to secure the doors in their homes. Door latches are useful, especially if you do not wish to always lock your doors with keys when you are home. A door latch is a simple device that can keep your door closed without actually locking it. The mechanism of door latches drives through the edge of your door. The lock mechanism protrudes or retracts when you turn the doorknob. However, the latch is very effective for keeping your door closed and only opens when you turn the knob.

What are the Best Door Latches for Residents in Toronto?

There are different types of door locks and latches. However, each of these door latches has a similar lock mechanism but may differ in terms of design, and size but the primary function of keeping your door closed is the same for all types of door latches.

Here are the types of door latches:

A mortise or a tubular latch is used alongside a privacy door handle, lever on rose, or lever; latch door handle. There are several tubular door latch sizes, and the spindle positioning at the center of your door handle is dependent on the length of the latch. Holes found on some tubular latches’ bodies allow the passage of bolts through them when you fit the handles.

Toronto residents can use Rollerbolt latches on doors that have a pull handle or a cupboard knob. The door is kept closed by the roller slots, which slide into the door frame’s striker plate. You can adjust the spring by changing the force you need to close and open the door.

The list of best door latches cannot be complete without mentioning Rim door locks and latches. Rim door locks come with latches that allow you to open the door by turning the knob. The lock is also designed with a key that can operate the lock from both sides of your door. However, the latch on its own does not have keys, but it comes with a button that, when pushed, allows you to lock your door from one side.

Door latches and bolts are also used in most homes for added security. A deadbolt latch consists of a single throw bolt with a lock mechanism that stops anyone from forcefully retracting the bolt. It offers a good security feature for your front door.

Toggle latch or draw latch is designed with a claw that helps catch the strike plate when it hets to a particular position. Toggle latches are effective for keeping your front door shut without needing a key.

Pawl latches are also one of the best door latches because it allows one-directional movement while preventing any form of return motion. Toronto residents can use pawl latches with a ratchet wheel for optimal security.

How to Select the Best Door Latches

Before buying door locks and latches in Toronto, you should understand how you can select the best door latches and bolts for your doorknobs or handles. You should consider these factors when buying door latches.

Before buying door locks and latches, it is essential to verify if your door handles are designed to use springs. Although most door handles use springs except for a few exceptions. For spring handles, you should purchase heavy-duty latches because the latch produces the return force. Heavy-duty latches also help to prevent depression in the handle levers when used frequently.

The most common latch size to use for standard doors with lever handles is 63mm or 2.5” with a 44mm backset. A 57mm to 60mm backset with a 75mm or 3” latch is suitable for knobs. Having the right latch and backset size allows you to place the doorknob further from the door edge to prevent your knuckles from catching the door frame when you turn the knob.

The receiver and faceplate finish is another factor to consider when selecting the best door latches. The plated finish also adds to the aesthetic design of your door.

When replacing your old receiver plate, faceplate, and latches, it is essential to consider the dimensions and how they fit into the door frame. It is advisable to purchase a larger size instead of finding a perfect match because a larger size latch and plate can help to cover the old fixing area with less stress to make them fit. Buying a smaller latch may require some filler to make it tidy.

Should You Replace or Fix a Door Latch?

Replacing a new latch is also easy, but you may consider getting the services of a professional locksmith for complex door latches installation.  You can buy door latches from any hardware store and proceed to place them in the same location as the old one.

How Can You Replace a Door Latch?

The steps to replace a faulty door latch are straightforward and include the following:

To remove the faulty or damaged door latch, you can use a screwdriver to remove the door handle. After that, you should remove the screws holding the plate that is facing the door frame.

After unscrewing the screws holding the plate facing the door frame, the next step is to remove the spindle and then take out the faulty latch.

Gently fix the new door latch in place of the old one. However, you should endeavor to buy a latch that is the right size of your door frame so that it can be easily fitted. A larger latch size may also be appropriate instead of buying a smaller latch, as earlier explained.

Once you have replaced the door latch, the next step is to reassemble the parts. To do this, you have to insert the spindle and ensure that you screw the door latch’s front plate. You should also replace the door handles you earlier removed and make sure it is secure by screwing it back in place.

Why You Should Buy Only the Best Door Latches

It is advisable to buy the best door latches because of several obvious reasons:

The purpose of door latches is to shut your door without having to close the locks. A standard door latch offers you added security. It is difficult to force some door latches upon without turning the knob which makes them better secured.

Quality is a feature that is associated with the best door latches. The latches come with parts that can withstand frequent usage without wearing or breaking. Although they may be more expensive than poor-quality door latches, you are guaranteed increased durability and efficiency.

Door latches play a significant role in providing security for your front doors and other doors in your home. You should endeavor to opt for the best door latches so that you can get the best of security and durability. There are several types of door latches, and each of them has its unique design. You can select any of the listed brands of door latches or, better still, make your selection based on the spring strength, finish, fixing requirement, and door latch sizes.

If you have issues with replacing your door latches or finding one that suits your door frame, you can contact a professional locksmith to help you out. Ensure that your door latches are in good working condition to avoid compromising your front door’s security at all times.

Everything You Need To Know About Padlocks

For many homeowners, getting a padlock is serious business. ...
Read More
blog

What To Do When You Lose Your House Keys

One of the most frustrating mishaps a homeowner can ...
Read More
blog

How To Prevent Car Lockouts

Garages are vital to every home. They are great ...
Read More